Skip to content
The process of converting a class type into another class type having relationship between them through inheritance is called class casting in java.

We have known in the previous tutorial that a class is a referenced data type. So, if classes have some relationship between them through inheritance, it is also possible to convert a class type into another class type through casting. 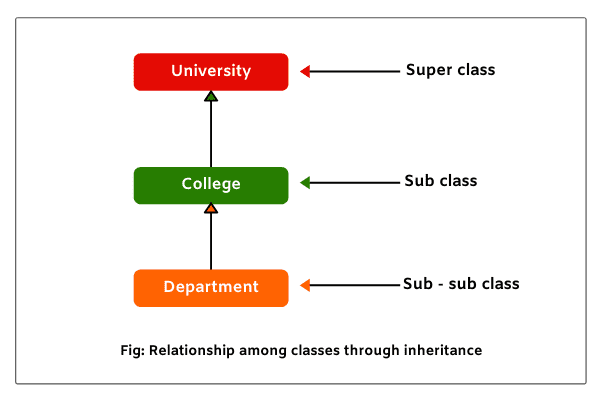 Generalization and Specialization in Java

The process of converting sub class type into super class type is called generalization because we are making the subclass to become more general so that its scope can be more widening. This conversion is also called widening or upcasting in java. Let’s understand generalization by taking a realtime example.

Let us take a super class Mobile and sub classes are Samsung and Samsung Galaxy as shown in the below figure. 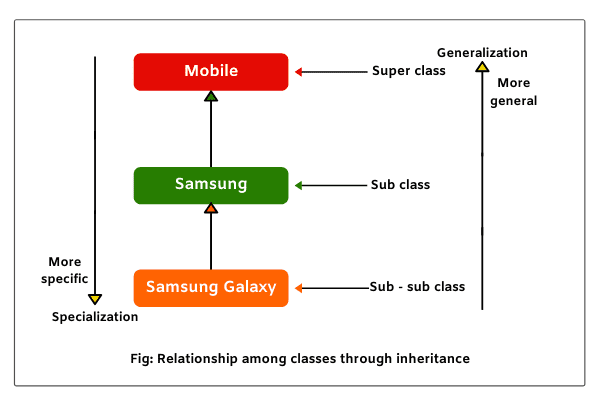 When we talk about a mobile, In general, it may represent any kind of mobile. So, here, the scope is widened. Now, suppose we talk about Samsung mobile, then we come down one step in the hierarchy of inheritance and we have eliminated any other kind of mobiles.

The conversion of a super class type into sub class type is called specialization in java. Specialization means going down from a more general form to a more specific form. Thus, its scope will be narrowed. Hence, this conversion is also called narrowing or down-casting in java.

Specialization is not safe because classes will be more and more specific. In this case, we will need cast operator. Java compiler will do explicit casting in the specialization.

Final words
Hope that this tutorial has covered almost all important points related to class casting, generalization, and specialization in java. I hope that you will have understood the basic idea of these topics and enjoyed them.

If this tutorial is useful, please, share it on the social networking site for your friends.
Thanks for reading!!!
Next ➤ Upcasting and Downcasting in Java⏪ PrevNext ⏩